Minecraft’s Axolotls are here at last as one of three adorable new creatures added to the game with the recent Caves & Cliffs update.

We don’t blame you if you took one look at these goofy little charmers and just knew that you had to have one of your very own, so we’ve put together everything you need to know about finding, taming, feeding, and breeding Minecraft axolotls.

Minecraft axolotls: where they spawn

Real life axolotls have only been found in the wild in two lakes in Mexico, one of which no longer exists. So even though Minecraft’s axolotl population has some specific restrictions determining where they’ll spawn, comfort yourself with the knowledge that they’re still much easier to find than in the real world. 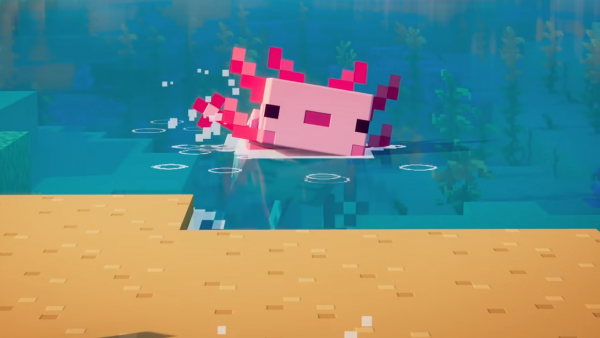 Axolotls will only spawn under the following conditions:

Because of these restrictions, axolotl used to only spawn in certain underground caves. However, with Cliffs and Caves Part 2, Mojang changed their locations. Now, you’ll only find axolotl in Lush Caves, which lie beneath azalea trees

Can you tame axolotls in Minecraft?

You can, however, get them to follow you by holding a Bucket of Tropical Fish (but not Tropical Fish items!) in your hand as you approach them. This allows you to corral them to an extent, giving you some freedom to lead them to a location of your choosing. 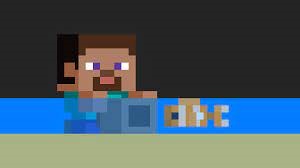 You can also attach axolotls to leads, or pick them up in a Bucket of Water if you want to transport them further. An axolotl that has been picked up will never despawn, so you can effectively get yourself a pet one using this method.

Being able to herd axolotls is also highly useful for breeding them.

How to breed axolotls in Minecraft

To breed axolotls, you need to bring two adults into the same vicinity using one of the methods described above. Enticing them with their favourite food is the easiest and most efficient way of doing this. 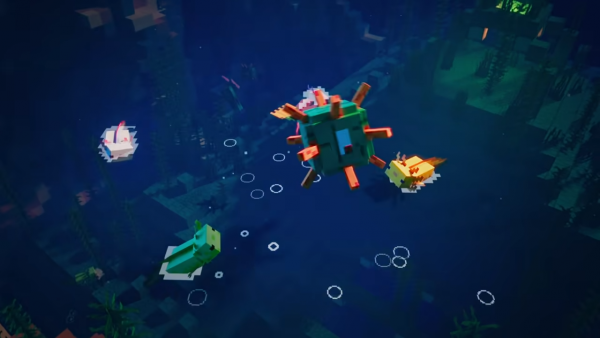 You then need to get them both into Love Mode by feeding them a Bucket of Tropical Fish each.

When both are in Love Mode they will autonomously breed and produce a baby axolotl. 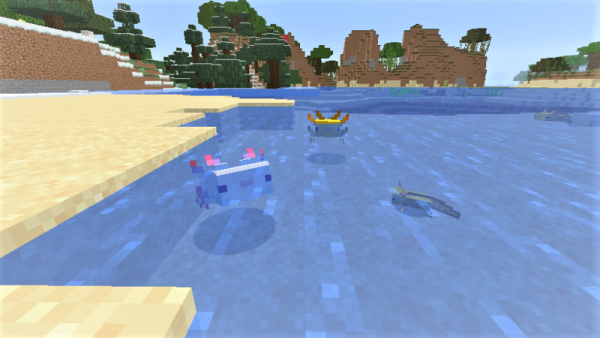 The baby will follow its parents around until it reaches adulthood after 20 minutes — though if you’re truly impatient you can reduce this time even further by feeding the baby Buckets of Tropical Fish. Aww, how quickly they grow up!

The four common colours are lucy (pink), wild (brown), gold (yellow), and cyan (actually whitish with aqua spots). In-game breeding gives a 50/50 chance for a baby axolotl to inherit the colour pattern of either parent.

There is a one in 1,200 chance that breeding will produce the rare blue axolotl instead.

Some trivia for the curious: unlike the other four patterns, blue axolotls are not based on a real-life axolotl colouration, but are inspired by the Mudkip Pokemon. The low spawning chance is a reference to the estimated number of real-world axolotls left in the wild. The more you know!

Axolotls are a passive mob — at least when it comes to the player.

They are, however, hostile to all other aquatic mobs, with the sole exceptions being dolphins and turtles. 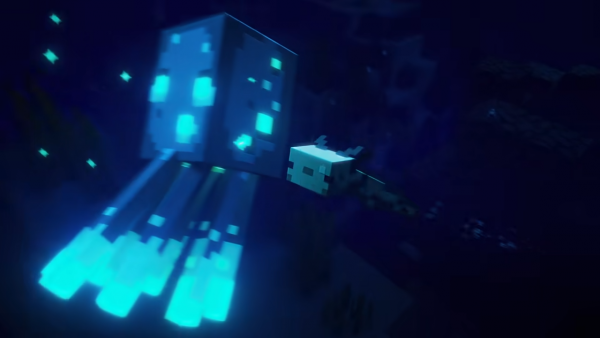 If you’re a flint-hearted monster (or possibly just terribly clumsy) and deal damage to your axolotl, it has a high chance of playing dead rather than actually dying. The same applies if it takes damage from other mobs (like the ones it’s constantly aggroing for no apparent reason).

While shamming it will slowly recover its lost health over time, and can’t be attacked by other mobs until it returns to normal activity. In other words, these cute amphibians are thankfully, surprisingly hardy creatures.

For more Minecraft, check out our guide to the best world seeds you can play right now. Home prices are falling as homebuilders get put &x27on their a-.&x27 | Fortune

Waiting For Home Prices to Drop? Youll Likely Be Waiting for a Long Time, Experts Say| NextAdvisor with TIME

With home sales down, why are home prices still up? – HousingWire

Is The Housing Market About To Crash? | Bankrate 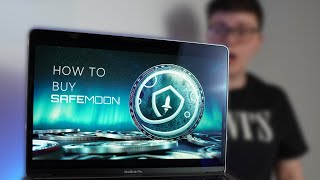 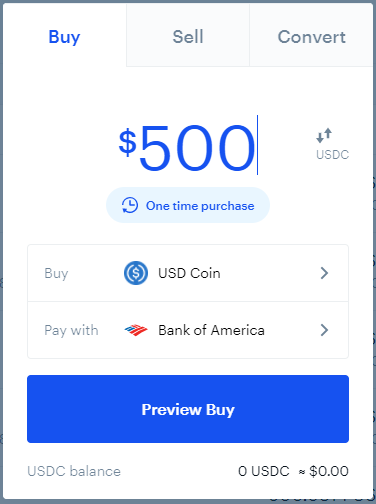 How To Buy Safemoon On BitMart? – Wealth Quint

How to Buy Safemoon in BitMart? – A Step by Step Guide – Crypto Academy

Top 6 26 dollars an hour is how much a year best, don’t miss 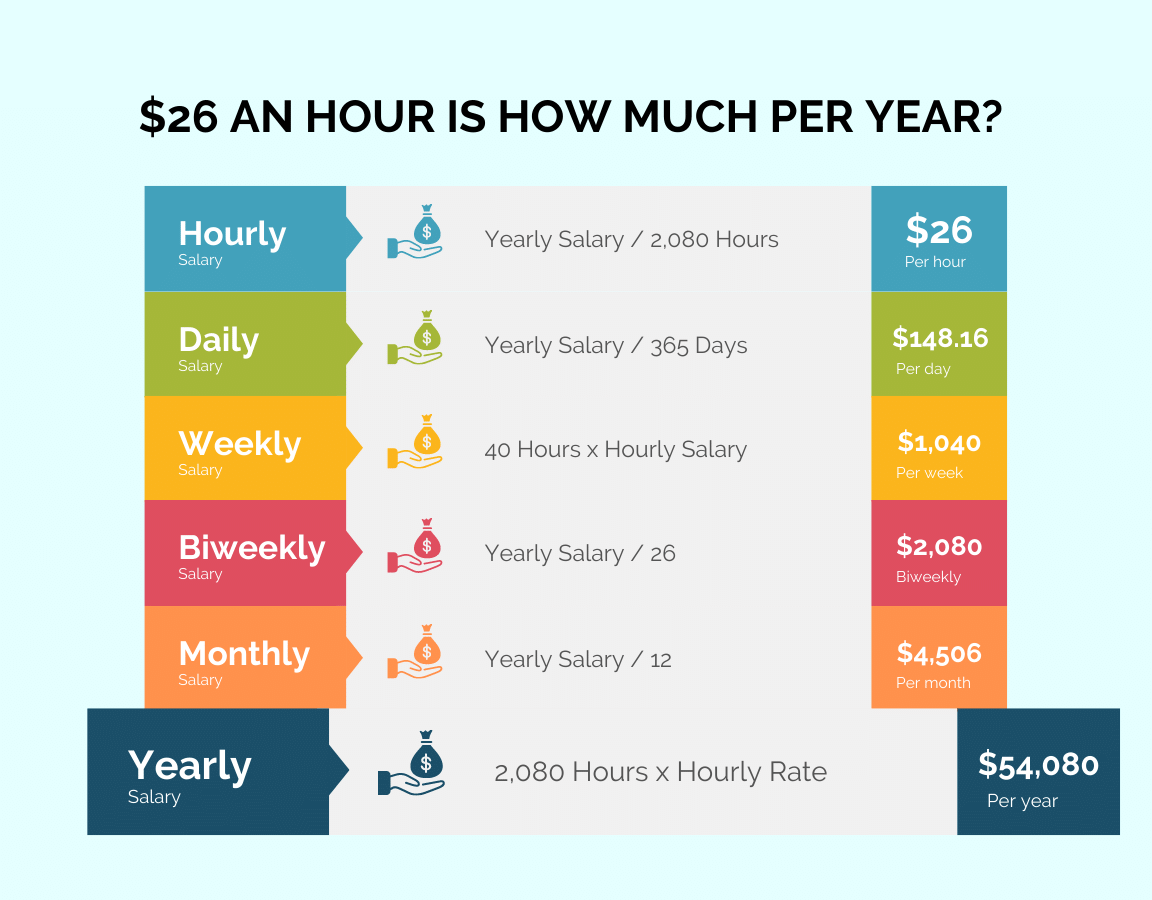